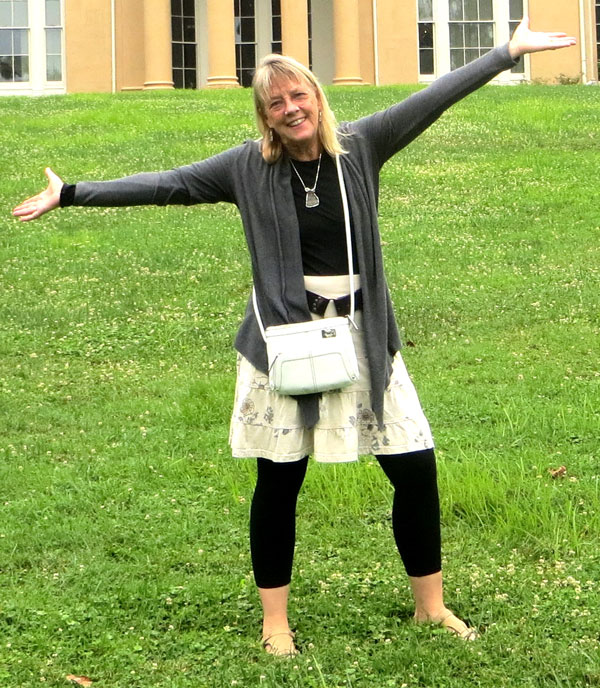 Coming from three generations of accomplished artists, Peggy McGivern considers her work second nature and ongoing. “I would hope that my work is constantly evolving,” she says of her ongoing series, one being strikingly different from another. When I’m working toward an upcoming show I try to relate each painting to the one before. If it’s a landscape show I will have a common thread such as barns close up, far away, falling down or under construction”.

Her ‘Dreamscapes’ series consist of a theme that has been on Peggy’s mind almost from the time she started painting thirty five years ago. “These are the most personal pieces of everything I do. It may be horses flying in the sky representing a child’s imagination or flowerpots and furniture being thrown out of a twisted house”. In 1975 when she lost everything in a bitter divorce, she left her Colorado home with her two children and started an adventure of travel that would last till the early nineties. Among the places that they settled was Manchester, England, where Peggy worked in a pub and sold her painting from behind the bar.

On returning home to Denver, Colorado she accomplished her goal of opening her own gallery, voted “Best New Gallery” in 1992 by Westword Magazine. Nine years later she closed her retail location to devote all her efforts to her own work. Recently she has earned commissions from The Denver Children’s Hospital,The Anschutz Diabetes Center,The Shadow Mountain Institute and was chosen for the 2008 Denver International Airport exhibition. In the book “Finding Your Visual Voice” Peggy is a featured demonstration artist.

Peggy currently exhibits and sells her paintings at galleries across the Southwest, working both plein air and out of her studios in Denver and Taos, New Mexico.

Recently McGivern’s new more abstract style received honorable mention at Colorado Plein Air show. Judges had one of her pieces in the style everyone recognizes next to the newer one, both as finalists for an award, before choosing her new abstract work.